Penulis Raji Ridwan
Health
Wellness
What Is Killing You

There are a lot of things we do everyday without any or much thought or thinking. Some of these actions may be actually dangerous with many harmful effects, and worse still, death.

Here is a list of dangerous things you do that may kill you without you attaching much importance to it.

There are many warning signs we odten ignore and see as unnecessary, but the true part of the story is that these actions might also be killing you.

Many people usually ask, what is dangerous in everyday activities? What can kill you? What are the dangerous things you do everyday? and so on. But if you're reading this, be assured this is the best collection of hidden tips that tells you about dangerous acts might be killing you.

Below are some of what you do everyday that are dangerous to your health and might kill you.

1. Smoking near or at a petrol station or pump. 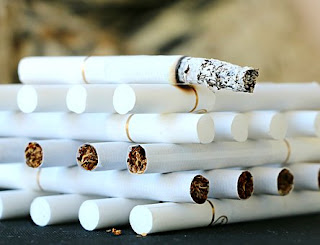 I guessed you must have seen a notice of 'no smoking' at any petrol station. I pray you don't ignore it because it is one of the most important notices you might ever see. Chances are that you may mistakenly drop the cigarette over a petrol spill, which may throw the whole place on fire, endagering not only you but many other people as well.

It is also good to know that cigarettes caused a reasonable number of domestic accidents as about 20% of domestic fires are caused by cigarettes.

2. Drinking before driving or drinking while driving.

This is another common notice that is usually ignored. Drinking on the road or before getting to the road is fatal because it leads to poor judgment. It can also affect your concentration thereby causing road traffic accidents.

3. Trying to quench an electrical fire with water.

Incase of an incident, an electrical fire should be quenched by using a good fire-extinguisher or if it is a small fire, you can detect the source of the fire and fix it before it goes viral.

4. Watching too much television.

A study by the American College Of Cardiology revealed a suggestion that spending more than four hours daily before a screen can increase your risk of you getting heart attack and stroke by 113 percent.

The above fact clarifies the fact that too much use of the television and computers can reduce your lifespan.

It is advisable to reduce the amount of time we spend on our computers, phones and most especially, the television. Such reduction will help us live a healthier longer life.

5. Leaving electrical appliances on when leaving the house.

This is not only applicable when leaving the house, but whenever there is power outage. Leaving appliances on after power outage may cause a serious fire incident when the lights come on, so it is recommended to put off and unplug all electrical appliances.

6. Knowing more than your doctor.

This is also where you might be killing yourself. Ignoring the advice of a doctor is very unhealthy and can lead to dangerous side effects. Also, lying to your doctor about a disease, symptoms, causes and other useful information means nothing more than killing yourself.

Using overdose or underdose against the advice of your doctor is also a way of showing you know than your doctor. These are very dangerous and can worsen your condition, thereby leading to death.

Always obey your doctors and never lie to them.

7. When you don't get enough sleep.

A normal person should sleep for six to eight hours a day to prevent any sleep related health problems.

Your small wound can be infexted by sepis, which can kill in a matter of days if you are not careful, so not every small wound on you is harmless. They may be dangerous, they may be killing you!

This may sound funny, but drinking a lot of water at a time can kill. Too much water intake is usually caused by excessive thirst, and thinking you can drink more than you actually can.

This is common among athletes who may, after a rigorous workout drink a lot of water to quench their thirst.


How To Stay Safe.

This is a collection of a few tips on what you can do to keep yourself safe and live longer.

If you can follow all these tips plus the advice of your doctor. I wish you congratulations as you get ready to live a long, healthy life.

Lorem ipsum is simply dummy text of the printing and typesetting industry.