Why You Should Never Try Cocaine And Alcohol

Penulis Raji Ridwan
Health
What Is Killing You

Drug abuse nowadays is a common occurrence in our communities. Each day, we listen to sad tales of people who abuse drugs and later end up badly. This always leave us wondering, why do people abuse drugs?

Firstly, before we go deep into the contents of today's article, we need to understand the meaning and scope of drug abuse.

What Is Drug Abuse?

As we all know, when we fall ill and we go to the hospital for medical treatment, the doctors recommend some drugs to us that if used in the right way, our body will finction normally, i.e. we'll be well.

Now, imagine a doctor telling you to use a tablet of a particular drug and you went on to use four, either to speed up the process or for other reasons. The drug may end up doing things it was not intended for, and this may cause serious problems in the body.

Therefore, drug abuse is the misuse of any drugs, either legal or illegal to achieve a desirable or undesirable psychological effect.

Ways Drugs Can Be Abused.

When we talk about drug abuse, the first thing that comes to mind isthe use of alcohol, cocaine, etc. But in actual fact, drug abuse is many times wider than that. I shall be highlighting the various kinds of drugs that can be abused here and now.

When we talk about drug abuse, it primarily means misusing drugs, and you can't possibly tell me cocaine is the only drug that can be misused.

You can abuse over the counter drugs which are almost available for everyone with little no restrictions. For example, buying a well-known drug such as paracetamol and using three tablets instead of two because you think you are stronger, or maybe need more drugs than others, is a perfect example of drug abuse.

You overuse these drugs for many reasons which may be linked to the fact that the dosage is not clearly defined or you probably have used it previously and you thought it didn't work well!

To be speaking factually correct, if you use half a tablet than the recommended dose, you're practically abusing drugs, period! This is one of the ways drugs can be abused.

Another way, the most popular way drugs are abused is the purchase and usage of hard drugs.

Hard drugs like cocaine, indian hemp, etc. are bought and used by abusers. This carries a  lot of risks as these drugs are never used the right way.

For example, you may ask a smoker why he smokes and he tells you; "to lose weight." To be honest, smoking of cigarettes I think will not make you lose bad weight. Instead, the weight valuable to your body is lost and you're left dry and unhealthy.

What Drugs Are Often Abused?

Of course, drug abuse is rampant in our environment and we don't need to be told before we know the most abused drugs.

We may hear about many drugs being abused, but in this post, we are going to talk about the ones we feel are the most notable and notorious. 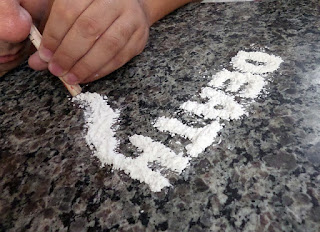 Cocaine is naturally a stimulant (jerks you up) and it's a reputable one at that.

Cocaine was rumoured to be discovered over three thousand years before Christ was born (such a long time ago) when certain men chewed leaves known as coca leaves to "get their hearts racing and to speed their breathing."

Coca leaves since them held a lot of argument as to whether it is lawful and healthy or not.

Cocaine was first extracted from its leaves as a standalone in 1859 by a German chemist known as Albert Niemann.

An Austrian psychoanalyst once used the drug and becae the first person to publicly promote cocaine as a potent drug to cure impotence and depression. The psychoanalyst Sigmund Freud published an article in 1884 to promote cocaine, describing it as a magical substance.


The drug continued to enjoy popularity when John Pemberton included cocaine in his new soft drink, Coca-Cola partially accounting for the name. However, cocaine was removed from Coca-Cola in 1903.

Initially, only rich men could afford cocaine because of it's cost. But as time went on, almost everyone who could eat once daily could afford it. This accounts for the high rate of cocaine addiction right now.

Cocaine was the second most trafficked illegal drug in 2008


Cocaine was officially banned in the USA  at 1905.

Reading these facts about cocaine, you may want to ask, what are the effects of cocaine?

How Is Cocaine Used?

Cocaine can be taken into the body in a variety of ways, which includes.

Why is it always said that cocaine should be avoided? Cocaine has a lot of devastating physical and psychological effects, but to save time, we shall try to cut it down to summary.

Whaen we take a good look at the effects of cocaine, we should easily deduct that no sensible human will resort to taking cocaine. But no, cocaine still remains one of the most widely abused illegal drug worldwide.

It isn't only that abusers are ignorant of the effects of cocaine, many other factors contribute to the already high and still increasing rate of cocaine use.

A lot of people take cocaine just to be "part of them." A man may have ten friends who all take cocaine and so as not to be described as being naïve, he may take the stuff and subsequently become an abuser.

Many other people blame boredom as the factor which made them pick up cocaine. They think cocaine will kill their boredom and keep them active but they later live to suffer the bitter punishment of addiction.

People whose older family members or friends take cocaine may also try it to feel bigger. They simply want to feel like grown ups and they think the formula for calculating the rate of your maturity is drug abuse. This is also a common reason for cocaine use in our society.

Also, cocaine may also be used by thugs and hoodlums to get enough strength to cause trouble. As cocaine is stimulant, it stimulayes them and they work too much and they become nuisance to the community.

These and more sre the numerous reasons why people take cocaine.

But wait, have you thought that why do they take it continuously. When they take some amount of this cocaine for a particular period of time and find it bad, why can't they just stop and live normal lives?

Just what you were looking for. Addiction is the reason why they can't just stop taking cocaine after they started.

Once you start using cocaine, you develop a type of craving for the drug and you want more and more every time. Inability to get more will definitely lead to withdrawal symptoms which includes cravings, hallucinations and many other numerous symptoms.

However, you're still going to experience these symptoms if you don't stop, so it's better you stop, and, the earlier, the better! 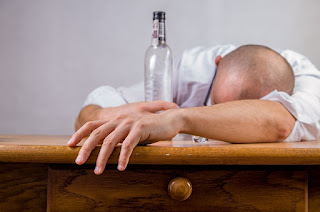 Alcohol is a well known hard drink which can be classified as a depressant although some scientists have the opinion that it is both a stimuant and a depressant.

How Is Alcohol Used?

Alcohol, as widely known is drunk. It is used by drinking it into our intestines, (just like water), but what it does is far worse than anything water could do.

Yes! But it is definitely not as addictive as cocaine. Be aware that you'll always want to drink more, and the more you drink, it stores. This could lead to binge drinking, or a very large proportion of alcoholic content in your blood, which is dangerous.

What Are The Effects Of Alcohol?

Alcohol intake causes a lot of problems in the body. These problems range from short term to long time effects. For example;

When drinkers use alcohol and observe the adverse effects, they may want to stop. But stopping alcohol, you must face the withdrawal symptoms which are discussed as follows.

Alcohol and cocaine are two
of the most dangerous but most abused drugs.

If you have been patiently following this article, you must have understood that the following problems may arise from the use of cocaine and alcohol.

The best option is to know and not take the drugs in the first place!

Those are the dangerous effects of alcohol and cocaine. Drop a comment.
Thanks.

Lorem ipsum is simply dummy text of the printing and typesetting industry.